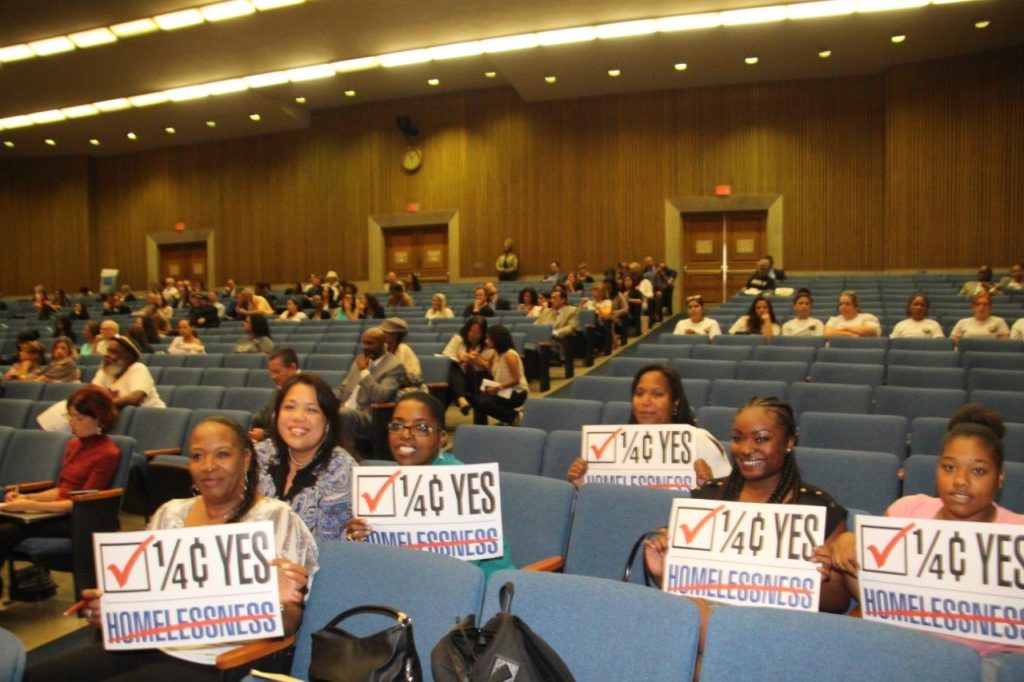 Over 300 people, including our SOH young adult advocates attended the Los Angeles County Board of Supervisor’s meeting last week to advocate for a permanent source of funding to combat homelessness in Los Angeles County.  There were three proposals up for consideration:  parcel , sales, and marijuana tax.

SOH advocates were in major support of  a sales tax that would raise an estimated $355 million a year and could be implemented in a short period of time.  They also asked the Board to consider all possible options. 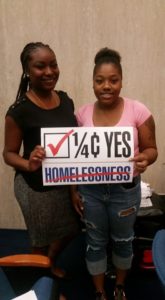 eed for more resources that can trickle down to young people who are often forgotten in discussions about homelessness.

Our Executive Director, Janet Denise Kelly, provided a passionate request for the Supervisors to consider all options and move swiftly because homelessness is a scourge that no adult, child, or young adult should ever endure.

The parcel and sales tax did not pass. Instead, the board voted to support a marijuana tax ballot measure in November that was subsequently rescinded.

We are hopeful that a sales tax will be back for discussion before March 2017 for the spring ballot. 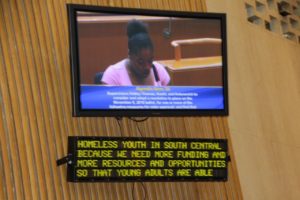 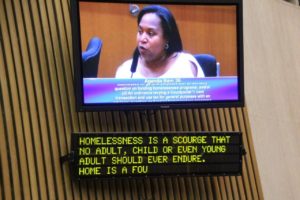